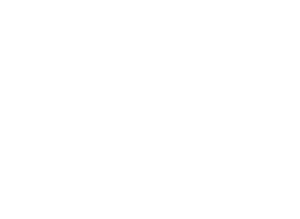 “Hello Victor it’s me Moritz the guy from HoHoe in the Hotel Geduld. Hope everything is fine with you, can you tell me where your bee hives are located in Accra ? I’d like to meet you in the near future and have a  chat with you. Here is my number XXX-XXX [changed…]. Regards Moritz”

Frankly speaking,  I was not expecting to receive such an email, left alone from a volunteer whom I met on the job and was introduced to me via my project manager Brian, whom at that time has returned to the Uk

I was a bit skeptic, about this said email from Mo , so I replied, then booked an appointment to meet up , just to find out his interest in beekeeping,

Mo and I, met on a Saturday, around mid morning during the meeting, Mo spoke extensively about the project he was doing his volunteering service and that he wanted to volunteer for a new / different project because he felt redundant and thought he was not making use of his time there.

I then spoke to extensively about the beekeeping project and how I have been able to work along two projects with there same perceptive as in beekeeping, afforestation, poverty alleviation

Even though these projects were all inclined they were situated in different parts of the country and it involved a lot of traveling for instance my area Karimenga where Adrucom ( the name of the organization) is located in the  north east region which is between 17 to 24 hours drive by road. [Ups… that’s far…]

The meeting went on for about 3 hours, we actually talked about issues related to the projects because he had lots of questions which I was able to answer to the best of my knowledge, Mo appeared very ecstatic and ready to work with me and the other two organizations am involved with, namely

At the moment, I did not have the necessary documents to apply for the service of a volunteer so Acrudev got in-touch with LKJ to get the procedure done.

Meanwhile, I went on to orientate Mo, all this happened in a space of time when I was leaving Ghana for Sierra Leone to work continue work on a project.

I travel to Karimenga with Mo with the intention to show him the beekeeping training center been built by Adrucom and introduce him to the community and other volunteers I was working with, as well as people from the community

Before we traveled to Karimenga,  we had to visit Salaga first.

So we got on the bus to Tamale, then on to another bus to Salaga, even though,  I have no idea of how far and wide Mo had traveled around Ghana, this trip felt like an adventure to him, 12 hours drive from Accra to Tamale then 2 and half hour drive from tamale to Salaga on a worn out Bus, on a dusty road, we got there (Salaga) then went straight to work by gathering project materials  needed to built bee hives,  this went on all day and by evening we went out to harvest honey, I was a bit worried for Mo, because he had no experience nor direct contact with bees before now except the books I gave him to read but he was optimistic to do the job, he first had a bit of fun playing around with his phone by taking selfie in his bee suite and posting pictures on Instagram [Youth all over the world are doing that, don’t they?!]

We gradually got on with the job by harvesting honey,

Then the next day, did as followed,

•Processing of the honey we harvested the previous night

•Continued with the building/construction of the hives

(These exercises were all part of the training)

Then traveled back to Tamale and then on to Karimenga the journey lasted for over 5 hours. [Even if it doesn’t look very far on the map, you need pretty much time for distances in Ghana, because many streets are in very different conditions compared to Germany]

Mo received a cultural shock, Karimenga is a small community of less than 320 people – actually Mo made a video about Karimenga and the project which will explain better from his prospect about Karimenga.

Attached is the link to the video [Here you go]

In all we spent 3 nights during our stay there we harvested honey, which was sent to the UK to be displayed, at the national honey show, which is held annually.

It was agreed after this brief visit to Karimenga , Mo will go back on his own to shoot the video whiles I was away in Sierra Leone.

So I came back to meet the video done , I must admit it was a great job.

Mo and I continued to work together even though he juggled between projects he did well, I realized that when he took a class of trainees on how to build beehives and beekeeping in Hohoe just like a master beekeeper would,

During our working visit to Twifo beekeepers association and inspection to the bee-elephant fence at Kakum National Park,  Mo was able to demonstrate a vivid level of professionalism towards the damages that were ascertained to the fence due the unusual activities of the elephants from the park.

He helped with funding for the tree planting project, helped with labor works during the construction of the main building which will serve as an office or work station during its completion, helped with the construction of a tree nursery, virtually he took every challenge that was thrown to him in terms of work and training seriously, he played a part in the organization of a women beekeepers group in Karimenga.

As we speak, the group has made progress over this few years by selling honey harvested from their hives, they used the income (money) from generated from sales of honey to open a group account in a rural bank , first of it kind in the community, during a discussion with the women on how they would use the income (money) derived.

They said the income (money) would go towards the payment of health insurance for their children or family members, buy school supplies for their children, pay for tractor services during the farming season, or loan it out to any brilliant but needy child from the community who need support to go to school. [Sounds good!]

This among many other things Mo did as his volunteer service while he was here in Ghana in the year 2018 even though he did not start his volunteering service with us from the start he made positive impact as a volunteer would have done.

The second volunteer,  I had the chance to work with also came to Ghana for there same project as Mo, was here for.

Somewhere along the  line, I received a text via whatsup from Michelle about how she had talked to Mo who was then back in Germany about changing the project, which she was volunteering for, and also felt she was not doing much with her time here.

Even though Mo called me to pre inform me about the decision Michelle had made and wanting to join Adrucom as volunteer.

She called a few days later then we talked about the whole situation and it was agreed once she was given the clearance from above (LKJ) then she can join, and yes she was given nod. [Oh yes, an other change of project.]

While I was communicating with Michelle  on wanting Adrucom , I was traveling around the country working on projects while she was in Accra.

Then one afternoon she sends me a text via Whatup saying she had met someone who was organizing Tedx talk event and she ( Michelle) thought I could be one of the speakers at the event. So she had wanted to know if I will be interested.

On the other hand I thought, I wasn’t ready for such a platform but she was convinced, I have done a lot in terms of working in rural areas and that I had a story which will suit the context of the event.

It took me a while to agree, as a speaker for the up coming event.

[Hey, that’s great! Your projects and stories are very authentic and make a big difference for the comunities. You are  very enthusiastic and doing things with heart]

Then Michelle went on to book an appointment with the organizer of the event, on my return to Accra Michelle and I met the event organizer and we talked. She was happy to hold the meeting with us, however I was put on standby because there were enough speakers [:( ] however advised, I should keep my fingers crossed In case something came up she (organizer) will get in touch with us, on that note the meeting came to an end.

We (Michelle and I) traveled  back to Karimenga  to continue working on the project , it was intense construction works on the buildings and prepare the center for the rain season.

On getting to Karimenga during that time of the year we had the heat from sun shine to contend with, on a normal day can be between 39 degrees to 45 degrees on daily basis [Uh, that’s hot…] But that did not deter us from working. We were a bit worried for Michelle on how she would co-op but she was okey most of the time. [Wow!]

During the trip we got a call from the event organizer of the Tedex event, it appeared there was a slot so I was still interested be a speaker or shear my story, and I was glad to do it. [Thumbs up!]

The event came on I had the chance to speak or give a talk, till date that has been the biggest exposure I have, had to shear my story [It’s amazing what enthusiasm can do]

Gradually she got along with the weather and work, the culture shock made her feel like she was in her element. [Maybe she has a ghanian heart?]

She being part of the project as a volunteer, served as a motivation that has empowered women and young girls in the community.

She helped with the tree planting project by planting seedlings which is in line with the afforestation project.

Since poverty alleviation is one of the issues Adrucom is dealing in community, she (Michelle) help with the annual clothes distribution for the poor and needy in the community by asking friends and other people to donate their old/used clothes [Hey, they are still in contact!]

Even though Adrucom has not been able to receive a volunteer right from the beginning of their volunteering service [sorry for that!] we were glad to serve as a back up plan for these two individuals that came along. Their contributions as volunteers has made a massive impact to the project  and restored trust among rural folks, whom are have been the primary beneficiary of Adrucom’s project.

Do you want to know more about Mo’s and Michelle’s perpectives and expiriences? Here you go to read theier reports: